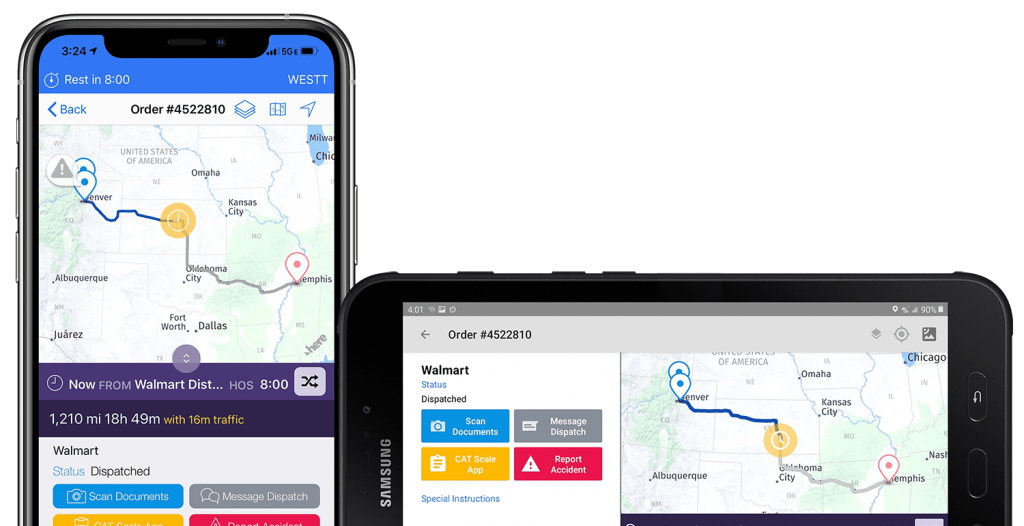 37% of American truckers use iPhones, our data shows

Many trucking companies have discovered that there’s a simple way to make their drivers’ lives easier—while paradoxically increasing their productive time.

It’s not a magic bullet, but it really helps.

They give their drivers a workflow app that runs on their phones.

That way, they’re not tied to the tablet in their trucks. This lets them redeem the time when they’re not in the cab. They can check routes, send updates to dispatch, plan stops—all in the comfort of a diner or rest stop, on their own phone.

This improves not just their efficiency—and yours—but also how much they enjoy their jobs as a whole. By freeing them to work anywhere they want, you remove one of the major gripes about their workflow: having to do it all in the cab.

And by making their lives appreciably better in this way, you find it easier to attract drivers, and keep them once they’re working for you.

Your app does have to run on their phone.

Globally, smartphone marketshare has been pretty stable over the past several years. Android has been the undisputed 600 lb gorilla, while iOS has been more like the runt chimpanzee, staying carefully in his little corner of the cage.

That said, while Statista predicts a gradual decrease in iOS smartphone shipments to just under 13% of the market in 2023, Statcounter shows that real-world iOS marketshare has been gradually rising, to around 25% in 2020. The figure of 87% Android marketshare is bandied around quite a bit, so it’s helpful to know that real-world data from websites indicates that it’s exaggerated. Shipments don’t equal users.

But still though—with three Android users for every iOS user, is it really worth worrying about an iOS app for your truck drivers?

Do your truck drivers live in Asia?

To answer the question properly, we need to challenge an unstated assumption about the statistics that you’re relying on.

It’s not actually representative of your truck drivers.

Unless you have trucks operating in India and China, where Android is huge, you should consider that, in the proverbial triad of untruths, statistics come just after “lies.”

That’s because they can be made to say pretty much anything.

One of the things they routinely are made to say is that something is true in your case, just because it’s true in most cases.

In the case of US trucking companies, you might have assumed that since Android has a 75%+ global marketshare, it probably has a similar marketshare among truck drivers in America.

In which case, you may be thinking, OK, why do I need to worry about iOS? Most people are using Android.

But not so fast.

In the US, Android is not quite the 600 lb gorilla that it is in Asia.

In the US, if you look purely at shipments, Counterpoint puts iOS phones at around 46% in 2020. But if you look at actual real-world data, iOS outstrips Android by 15%. 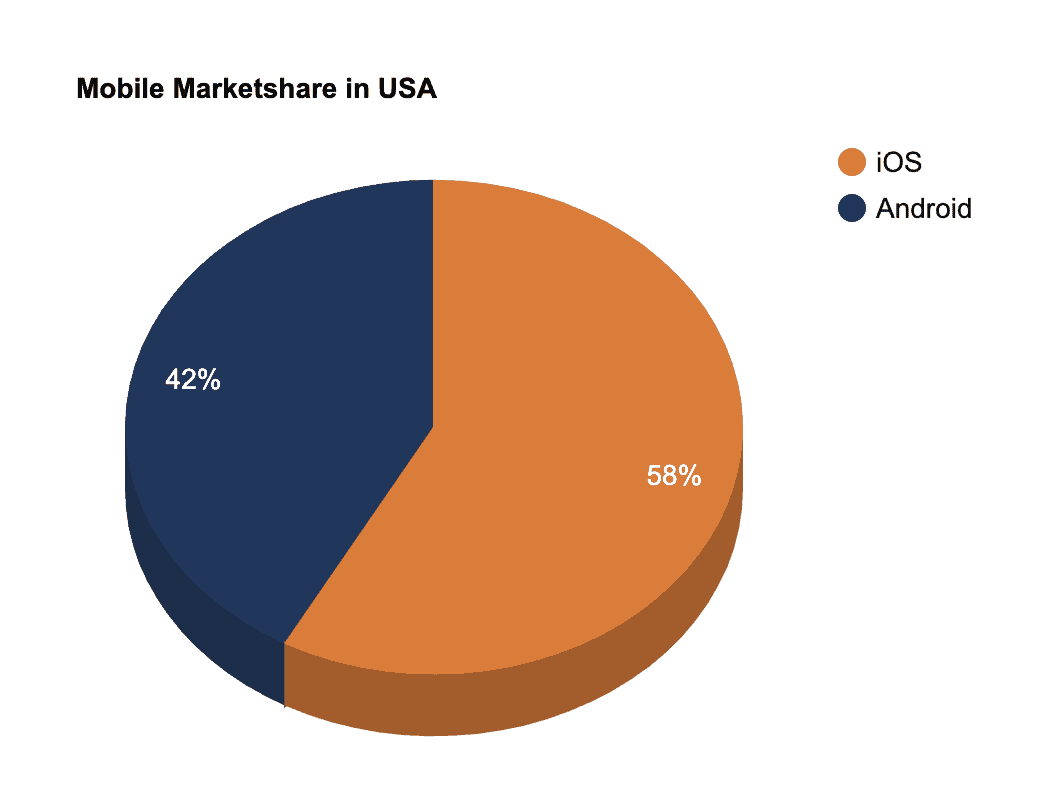 A 2019 survey also showed that even on a per-state basis, a majority leans toward iOS, and that “states where Android won out…were primarily less populous ones, including Alaska, Arkansas, Hawaii, Kansas, Kentucky, Maine, Montana, and Wyoming.”

What does this mean for truckers? Are they keen on iOS too?

Not as keen, our data shows. The numbers for iOS usage among drivers are a little lower than for the US in general. Assuming that our userbase is representative of truck drivers across the US, Android is slightly preferred—perhaps because of cost.

Our trucking workflow app runs on both Android and iOS, with an installation base spanning a lot of companies. All of our customers’ drivers use our app.

Of these, 37% are running iPhones, on average. For one of our smaller clients, half their drivers use iOS. For three of our top five clients, well over 40% do.

Given that cost is often what sways people to Android, and given that the iPhone SE is now starting at $400, we expect iOS numbers to slowly rise over time.

So should you worry about an app for iOS?

It doesn’t make sense to alienate between one third and one-half of your drivers—which is what you do by only offering an Android app. Both options are important. At least half of your drivers are likely to be using Android—but a sizable minority will be iPhone fans.

Since there are driver workflow apps that run on both Android and iOS, there is no need to choose only one or the other.

In fact, the app which stands head and shoulders above the rest is one that runs on both platforms: Eleos. Contact us to learn more about our platform and apps.