⭐️ Add Stops to Trip: Your drivers can now update their trip plan to include rest stops, parking spots, and other additions to a trip that aren’t typically planned by dispatchers. Drivers can tap a point of interest, such as a fuel stop, to add it to their route. They’ll also be able to long-press on an arbitrary point to add a stop at a location not included in POI search. The stop will be included in the trip duration, hours of service range calculation, and turn-by-turn navigation instructions. You’ll receive a notification of the driver’s change to the trip via the Trip Changes API so you can keep the back-office and customer updated as needed. 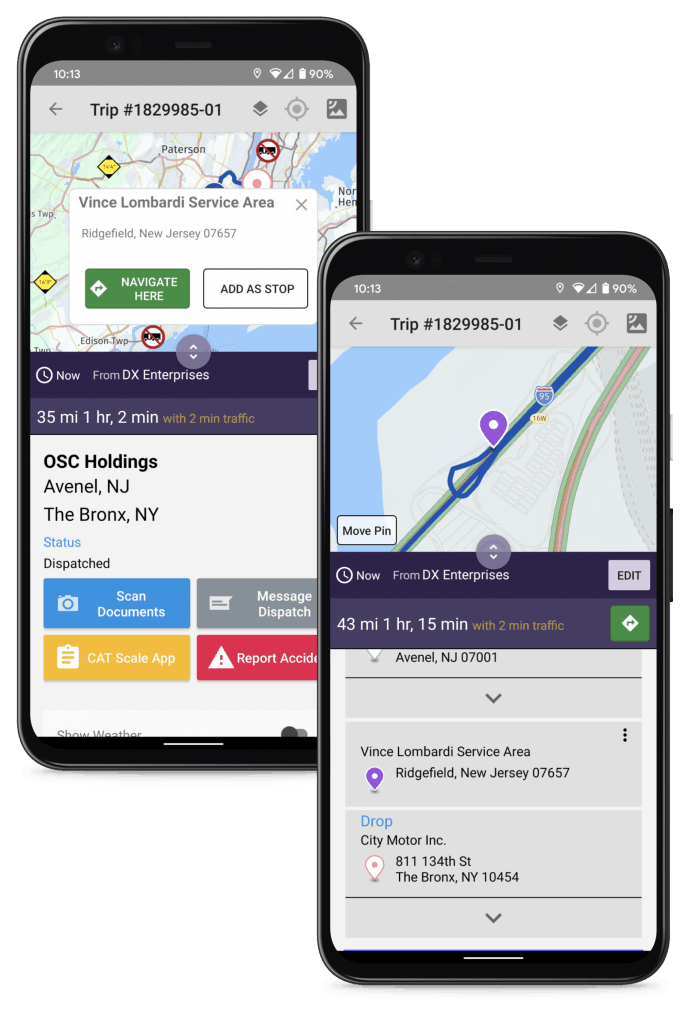 ⭐️ Add Via Points to Trip: Likewise, drivers can long-press on the map to add a “via” point for navigation. Drivers can use this to route through areas that may be preferable for a particular load, for reasons of security, experience, or other on-the-ground knowledge that might not yet be reflected in routing. As with added stops, you’ll receive a programmatic notification via the Trip Changes API so you can trigger any downstream updates or workflow. 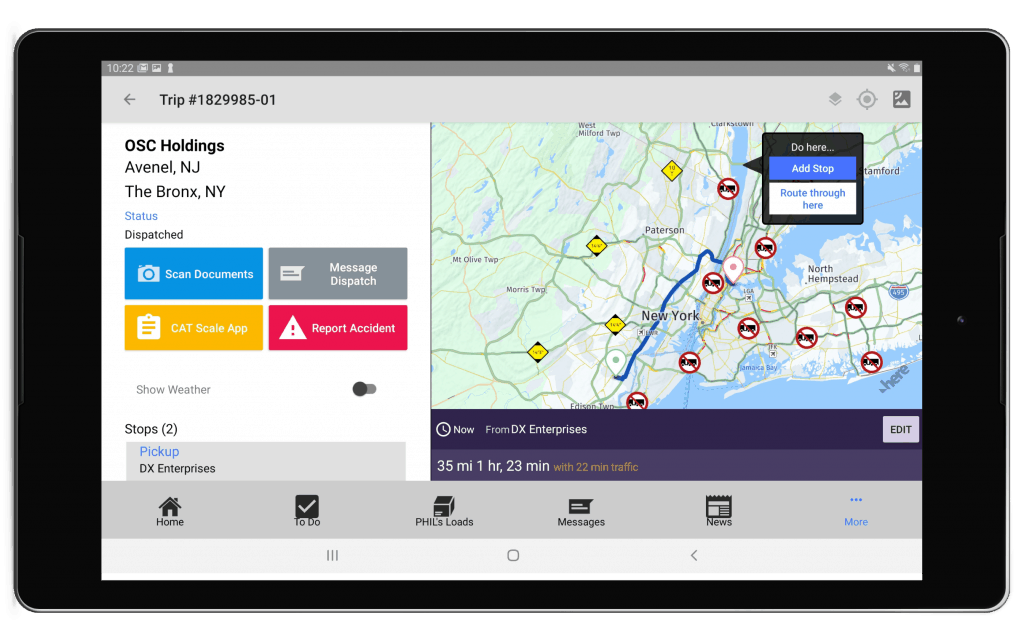 ⭐️ Trip Planner Studio – Historical Snapshots: Trip Planner Studio is a web-based tool that allows your back-office personnel to see trip plans as drivers see them in their driver app. With this release, you can see historical snapshots showing how your trip plans have changed over time. For instance, if a driver adds a stop, you can see a snapshot of the original trip plan, as well as the current trip plan reflecting the added stop. Snapshots are saved anytime a driver adds or deletes a stop, adds or deletes a via point, moves a pin, avoids a difficult maneuver, etc. In addition, when drivers enable turn-by-turn navigation, we magically combine their travelled route with their future, calculated route to provide you with a best representation of the driver’s experience. You can access TPS from your Eleos Platform Dashboard. 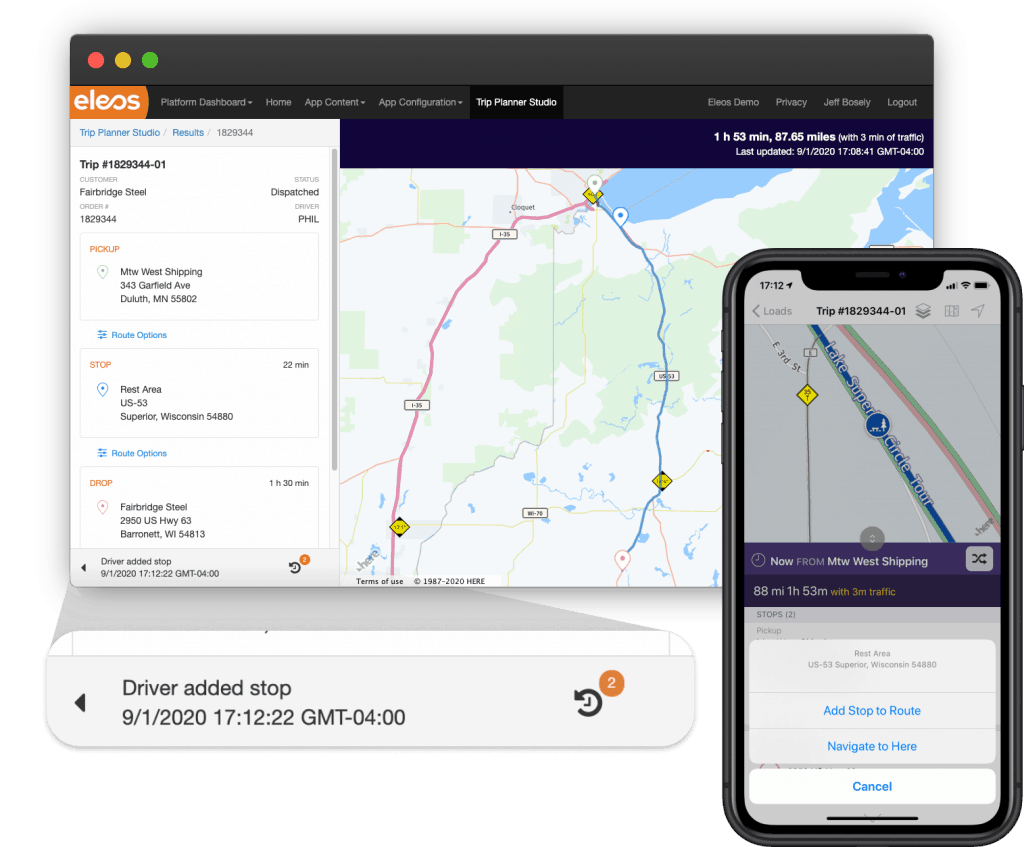 ✅ As usual, this version of the Platform mobile app is designed to be backwards-compatible with your existing web services and doesn’t require server changes prior to being deployed. If a future version introduces a backwards-incompatible change, we’ll note that in this portion of the release notes.

For details about the changes to our APIs in this release, see the new What’s Changed section of the documentation.