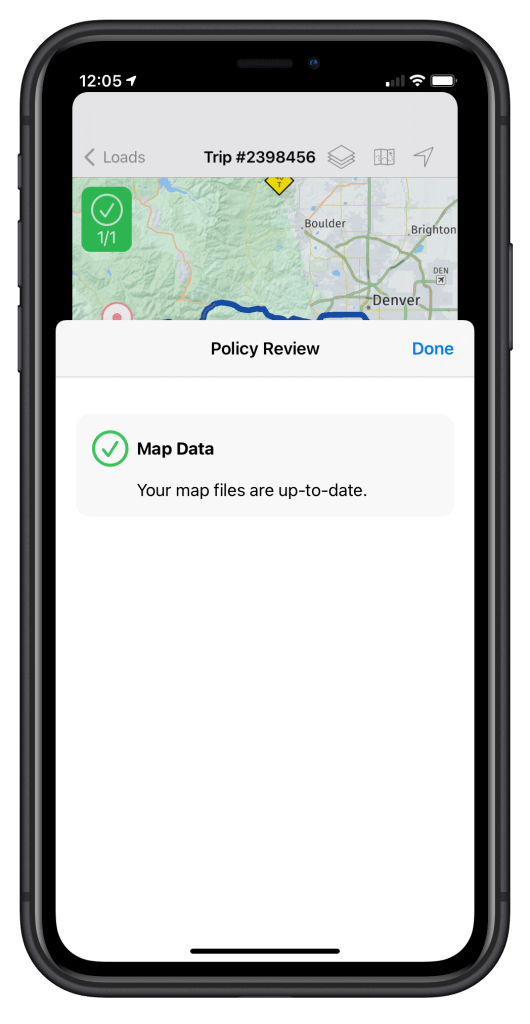 ⭐️  Metered Map Updates: Updates to the map data used for display and turn-by-turn navigation normally occur automatically in the mobile apps. Although these updates are differential, updates for devices with a large amount of map data preloaded can be quite large. For customers with limited data plans where cellular data consumption needs to be strictly controlled, we’ve added the disallow_metered_map_downloads flag to disable automatic map updates over cellular connections. When enabled, users will only be able to download map update files while connected to Wi-Fi. When a user’s map data falls out of date, they’ll see a trip policy reminding them to trigger a map update at the next opportunity. You can learn more about the details of the flag in the user authentication section of the documentation.

✅  As usual, this version of the Platform mobile app is designed to be backward-compatible with your existing web services and doesn’t require server changes prior to being deployed. If a future version introduces a backward-incompatible change, we’ll note that in this portion of the release notes.

🔧 We no longer show adverse driving and other HOS exemptions on the dashboard HOS card, lock screen, and during navigation when Geotab or Eleos ELD is in use as the telematics provider. Drivers can check to see what exemptions are in effect by tapping into the Geotab/Eleos ELD interface.

🐞 During navigation, text-to-speech enabled push messages now display a banner until the driver chooses to play the message or dismiss it, rather than the banner disappearing automatically after a delay

🐞 Fixed “weight per axle” route setting not getting set appropriately

🐞 Fixed route messaging (trip planner and navigation) where violations, warnings that were not shown appropriately

🐞 Fixed a bug where sometimes you could navigate in satellite view, causing higher than normal data usage